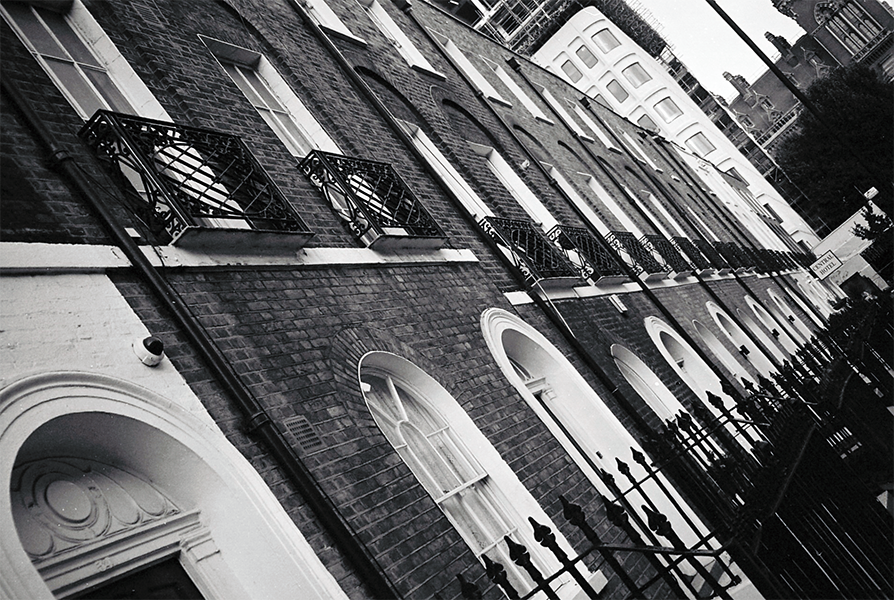 London Village – Two images taken with a Olympus Mju 170VF compact camera using Kodak CN400 black and white film. These were taken on a walkabout while I was in London doing a training course. 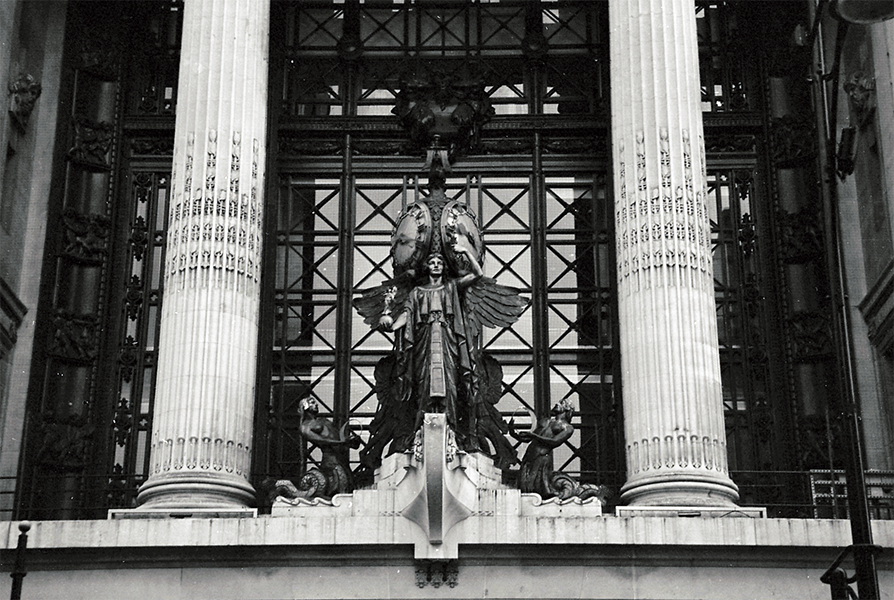 The Olympus µ[mju:] series of cameras were fully automatic compact cameras made by Olympus, starting in 1991. It was an immensely successful range, with 20 million models sold in the first ten years of production[1]. The key selling points of mju cameras were the small size, accurate focusing, well-balanced flash exposures, and (starting with the mju-II) weatherproof finish. Most of the models could fit inside a soap dish. µ is a Greek letter that is used in science to mean “micro”. “Mju” is pronounced to rhyme with “pew”.

Most mju camera bodies have a characteristic convex frontside, evolved from the Olympus XA which was a revolutionary design for its era, but all mjus have autofocus. The cameras (which have won numerous awards for design and functionality) are switched on by shifting the lens cover aside. The mju range was extended in the digital era, so that Olympus can continue to use its well-known brand for its digital compacts.

In the US, the mju range was originally called ∞ Stylus (∞ representing “Infinity”, a name previously used by Olympus in the US), with later models denoted ∞ Stylus Epic. Below is a chronological list of all known 35mm mju models, with their Stylus/Epic equivalents and lens specifications included where known.