Redscale Garage – A film from the Lomography guys!

Redscale Film, Here we have a photo taken with a Lomo LCA Wide+ using redscale film. Redscale film is just normal film reversed and reloaded onto the spool. ( more info ) 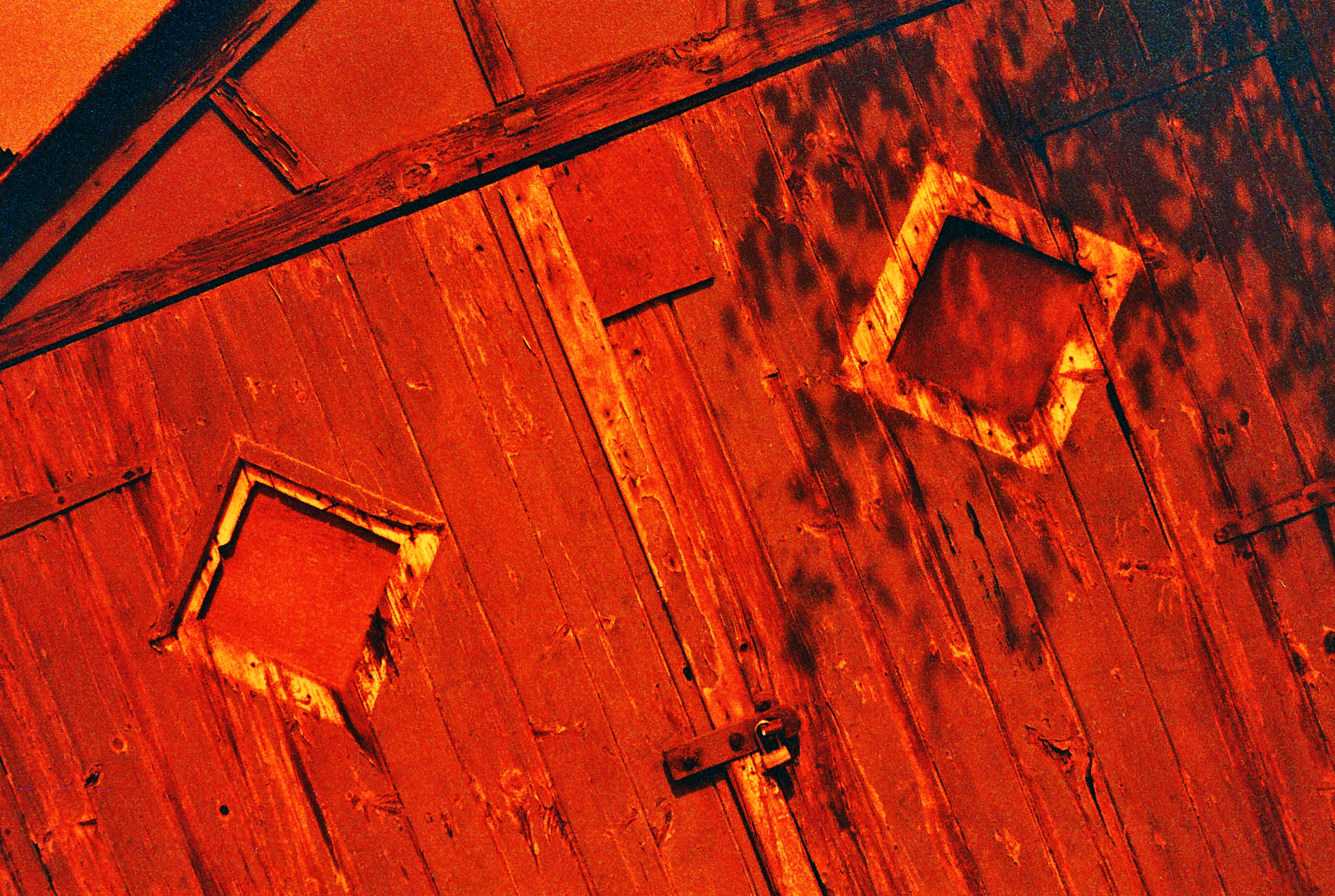 Redscale is a technique of shooting photographic film where the film is exposed from the wrong side, i.e. the emulsion is exposed through the base of the film. Normally, this is done by winding the film upside-down into an empty film canister. The name “redscale” comes because there is a strong color shift to red due to the red-sensitive layer of the film being exposed first, rather than last [the red layer is normally the bottom layer in C-41 (color print) film]. All layers are sensitive to blue light, so normally the blue layer is on top, followed by a filter. In this technique, blue light exposes the layers containing cyan and magenta dyes, but the layer containing yellow dye is left unexposed due to the filter. E-6 (color slide) film has also been used for this technique.

Depending on the type of film used, the resulting colors seem to range from maroon, to red, to orange, to yellow.

The technique seems to have been discovered accidentally. Some people shooting large format color film would load the individual negatives backwards. This phenomenon is likely as old as color film itself. However, it has only recently gained popularity as an effect intentionally sought.