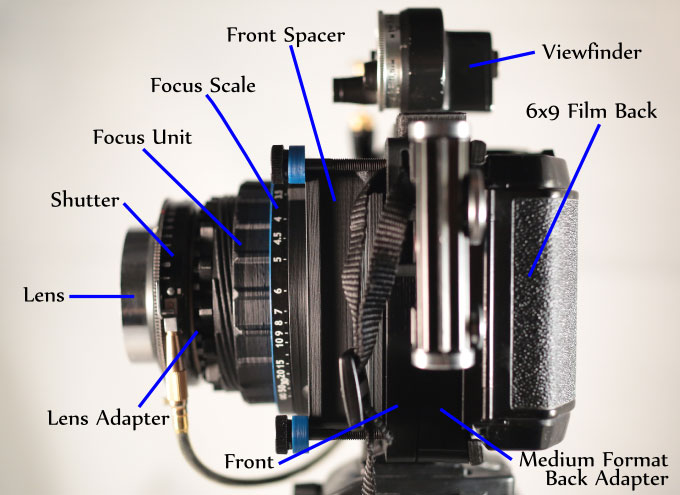 Well the new Mercury Camera from Mercury Works looks like it might mean that half my camera collection will become redundant! It is a medium format camera that can change into a large format camera. It does not stop there you can also shoot with a wide range of film backs and lenses, They seem to be covering all the bases which means it may be the only camera you will ever need.

The camera is being funded through Kickstarter and you can view the project HERE I came accross the project by accident and i’m glad I did as it looks fantastic. The basic REZZA system fits the Graflex 23 film back, which takes 120 film and uses the 6×9 format. The RICH large format version is the basic camera with the 4×5 extension fitted which takes any Graflok style back, but if you buy the basic REZZA system don’t worry as you can buy the extension later as with all the different accessories that are planned in the future. Both of the versions can be modified for any film format or back and lens combination.

As for camera formats the kickstarter project can be bought in the standard 6×9 120 film back and the 4×5 graflok version and it is also available with Fuji Instax film backs in both mini and wide formats. You can also get sheet film and digital backs if you like! You will have to provide your own lens but it looks like you can fit most medium and large format lenses with various modifications and if it won’t fit the guy’s will try and sort something out for you as they have loads of plans for lens kits once the project has been funded. They are also looking at kits for other makes of film backs so that’s why at the beginning I said that half my camera collection will become redundant!

It will also mean my camera bag might get a little lighter!